Early on yesterday, a trailer for the next entry in Marvel’s Spider-Man run has dropped.  Supposedly taking place after Avengers Infinity War, we see Peter Parker (played by actor Tom Holland) handling his new role as Spider-Man, having the support of Aunt May (Actress Marisa Tomei), and getting ready to go on a school trip to Europe.

Everything seems very upbeat and life is going great until a dart flies from the darkness, Ned’s body hits the floor, and Nick Fury (played by Samuel L. Jackson) appears to let us know this is still a super hero movie. A tone shift in the trailer takes us into the apparent main plot, having Fury recruiting Peter to help with some strange occurrences happening across Europe.

This trailer was brilliant, having the layer showing the progress of Peter’s life, to the transition of being Spider-Man overseas, and then right when you think the trailer is going to end with the release date? We get the silver screen debut of Mysterio (played by actor Jake Gyllenhaal), one of Spidey’s more well known villains.

From the nod to Steve Ditko’s black and red Spidey design (which may also be a slight nod to assassin Spider-Man), to the enemies that seem to be popping up for this film, there seems to be a lot to love and it is only the trailer. 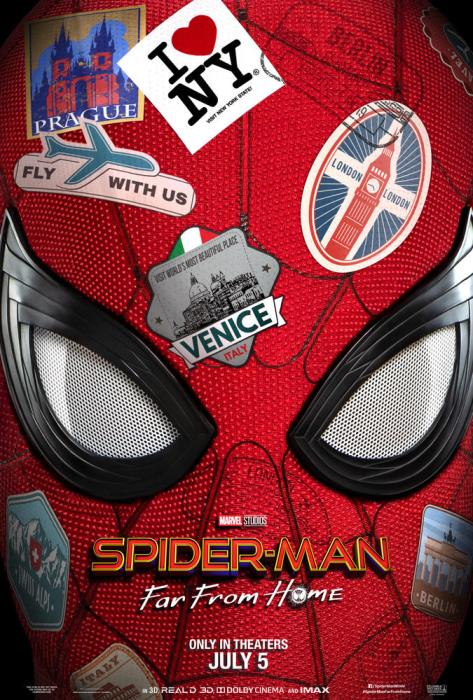 Spider-Man: Far From Home is set to debut this summer on July 5th 2019.

Spider Man: Far From Home wasn’t the only teaser to be released yesterday.

Chapter 3 takes off right after the 2017’s sequel as Wick (played by Keanu Reeves) who is now excommunicated from Continental services, is trying to survive in New York City against an assortment of assassins for his $14 Million dollar contract.

This morning, fans woken to the teaser trailer of the new Power Rangers movie. Check it out below!

The Power Rangers series were originally from Japan (named Super Sentai) which became a hit here in the United States. The movie is a reboot following five teenagers who are gifted with extraordinary powers as they defend Earth from evil forces.

The new trailer for the next chapter of the Underworld franchise has been released and it’s looking great.

Blood Wars has a new battle between the vampires and lycans. With Selene (played by Kate Beckinsale) fueled with a personal vendetta, she will stop at nothing to see what is right.

With the Gears franchise being placed in the hands of new studio The Coalition instead of original creator, Cliff Bleszinski, it’s safe to say that fans of the series are going to be a-ok. 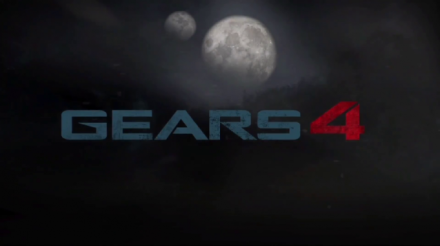 The studio released a brand new trailer showing off both the past and present of Marcus’s son JD Fenix, the new protagonist in the series.

Taking place 25 years after the third installment, Gears of War 4 has you against battling a new evil menace called the Swarm and to find hope in surviving the planet Sera.

With the Tomorrow trailer released, Cliff took to Twitter and said that “he can’t wait to play it.” and “misty.“. Early access beta for Gears of War 4 starts later on April 18th and open access begins on April 24th until May 1st.

Last Thursday on ABC’s Good Morning America, early risers were treated to a glimpse of the first trailer and look of Rogue One: A Star Wars Story.

Taking place between episodes three and four, Felicity Jones (The Theory of Everything) plays Jyn Erso, who bands with a group of rebels consisting of Donnie Yen (Ip Man), Jiang Wen (Let The Bullets Fly), Forrest Whitaker (The Last King Of Scotland), Diego Luna (Elysium), and Riz Ahmed (Nightcrawler). Their mission? To break into an Imperial base and steal plans for their latest super weapon, The Death Star. Check out the trailer below!

Rogue One: A Star Wars Story releases in theaters this December 16.

It’s been four years since the end of the Harry Potter film series but Warner Bros. isn’t going to put J.K. Rowling’s work behind them.

Rowling created a small series, which one of them is called Fantastic Beasts and Where To Find Them. The textbook in the world of Harry Potter is for first year Hogwarts students and is written by Newt Scamander. The book received critical acclaim and now it’s being turned into a movie!

Academy award winning actor, Eddie Redmayne (The Theory of Everything, Jupiter Ascending) will be playing the film’s main lead of Newt Scamander. The movie will take place seventy years before the Harry Potter series and will focus on how the textbook came to be. Check out the trailer below!

Fantastic Beasts and Where To Find Them hits theaters in November 2016.

Disney Pixar’s Inside Out is coming out next week and it’ll be awhile until their next animated movie, The Good Dinosaur comes out. So Disney’s own animation team has something for you all to look forward to.

Teased at last year’s D23 (Disney Expo), Zootopia follows a city filled with animals from different environments that come and live together with one another. It focuses on a fox named Nick Wilde (voiced by Arrested Development’s Jason Bateman) and a rabbit named Judy Hopps (voiced by Once Upon A Time’s Ginnifer Goodwin). Check out the trailer below!

Grayson M. is the Editor in Chief of Teh Lunchbox Publications and he hopes after this movie, maybe we’ll see Wreck It Ralph 2? For more news, up to date information, previews, and reviews, be sure to keep it here on tehlunchbox.wordpress.com and LIKE and FOLLOW us on Facebook, Twitter, Tumblr, YouTube, and Twitch.

E3 2015 (Electronic Entertainment Expo) does not start until later on June 14th to the 17th, but that does not stop publishers from teasing the fans and players of what’s to come.

Bethesda Softworks recently teased only one of their games in their showcase last month for DOOM, but it seems they won’t stop there.

The studio recently took to Twitter and posted this image along with a link showing a countdown clock. 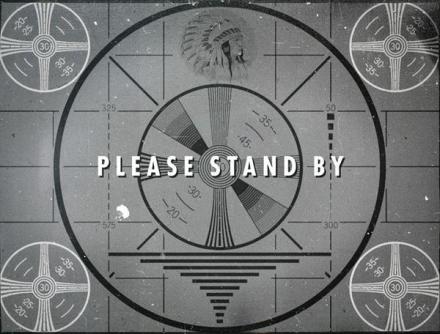 Could it be? It this really happening?

Until the countdown clock hits zero, we won’t know anything about the official announcement on Fallout 4.

All we can do now is simply wait and stand by.

Grayson M. is the Editor in Chief of Teh Lunchbox Publications and he wants tomorrow to come here already! For all your up to date news, information, previews, and reviews on the entertainment world, keep it here on tehlunchboxpub.wordpress.com and LIKE and FOLLOW us on Facebook, Twitter, Tumblr, YouTube, and Twitch!

For the past two years, Activision gave Sledgehammer Games the creative reins of the Call of Duty franchise. The studio gave us two titles, Call of Duty: Ghosts and Call of Duty: Advanced Warfare. However, we ourselves were surprised that Treyarch decided to skip a year to make the next installment.

In the teaser, you see some messages that were being said throughout the storylines of the first two Black Ops games, seeing how it will definitely pick up where we left off from Black Ops II.

For more information on the release date and for which consoles it will be released on, we will all have to wait until April 26th for the worldwide reveal, so stay tuned!

Grayson M. is the Editor in Chief of Teh Lunchbox Publications and he can’t wait for the next installment! For more up to date news, information, previews, and reviews, keep it here on tehlunchboxpub.wordpress.com and LIKE and FOLLOW us on Facebook, Twitter, Tumblr, YouTube, and Twitch!