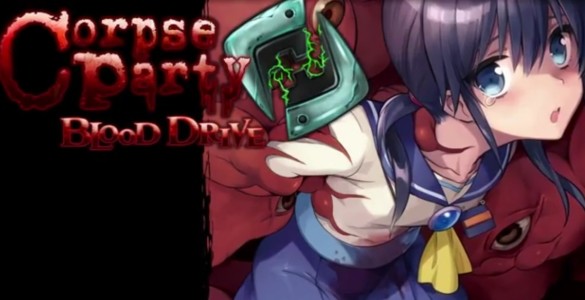 Corpse Party: Blood Drive -Everafter Edition- is coming to the US on the PS Vita on October 13!

Then let me tell you about it. Corpse Party revolves around a group of students from Kisaragi Academy, and one of their teachers. They perform a charm called Sachiko Ever After as an attempt to cheer up one of their classmates who is transferring to another school (Is that really the only way to cheer up someone? Like really?) But suddenly a massive earthquake occurs and drags them into Heavenly Host Elementary School. What’s even worse: they appear in completely different dimensions inside the school. (They all got separated if your confused)

While searching around the school, they find the corpses of the people who were trapped before them, along with the spirits of three children who are not willing to let them live. The students of Kisaragi Academy must unravel the mystery behind Heavenly Host, and escape from there.

If you love scary games I highly recommend you play Corpse Party.

Corpse Party: Blood Drive is the final installment of the story that began with Corpse Party and continued in Corpse Party: Book of Shadows. Players take direct control of a character or party of characters and explore the ruins of Heavenly Host Elementary and other locations from a top-down 3D perspective. Along the way, they’ll be dodging or disarming traps, running from malicious entities, solving puzzles and directly interacting with the environment to trigger visual novel-style cut scenes that advance the story and lead to one of many endings, with very few of them being happy.

In this new game we can now experience Heavenly Host Elementary in 3D, have more and exciting interactions like running, disarming traps, hiding and more. Did I mention we get to fight back?!

If you pre-order now you can a bonus CD and Art book, I’m definitely getting in on that deal.

Sherita M. is a contributing Editor for Teh Lunchbox Publications and she’s going to be playing games and watching anime in her bat cave… Follow us on twitter@tehlunchboxpub.