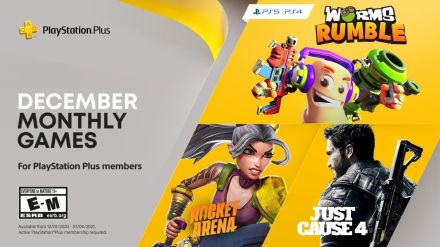 November is almost at its end, which means new games in December to download and own for PlayStation Plus members.

Let’s see what the month has in store for PlayStation 4 owners:

PlayStation 5 owners got a chance to own Bugsnax for their brand new system this month, which means a new game is going to be available to add to the library.

So which of these titles have caught your interest? Do you think this is a great way for PlayStation to end 2020? Let us know in the comments below!