Already tired of playing pre-made goofy tracks? Are you done getting motion sickness after going over ramps? Never fear, Rockstar Games is giving you a brand new update called Bikers. 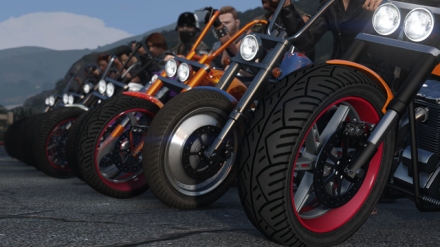 This brand new update allows you to create you own motorcycle club with up to eight players, sort of like your own FX’s Sons of Anarchy gang. From there, you can assign club roles and have new levels of both competitive and cooperative gameplay to expand. New items include new weapons, tattoos, motorcycles, and high risk jobs will also be included.

There is no planned release date for the expansion, but keep it here and we will be sure to update you on the news of it’s release.