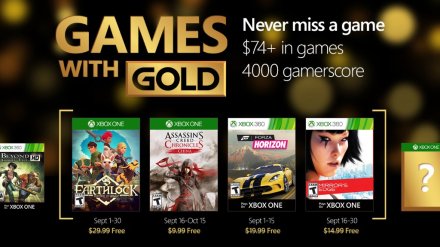 New month means brand new games to be played for FREE! Here’s your XBOX Live Games with Gold lineup for the month of September.

Here’s the complete list below along with their available release dates.

Which games will you be downloading on to your XBOX consoles? Tell us in the comments below!