Well, it’s time to start recapping some of the big news that’s been breaking over the last couple of days at E3 this year. Over at Bethesda, there is no shortage of news.

Id software stuns again for the second year in a row. Last year it was Doom, this year is the return of Quake with Quake Champions.  Classic games never looked so good. With the success of Doom, expect the new installment of Quake to break ground again when it hits stores.

2. Elder Scrolls: Skyrim is Coming to PS4 and Xbox One

Most had suspected the move for awhile and the confirmation was a delight to all. Elder Scrolls: Skyrim will be moving up to the flagship platforms! Full mod support should give the game new life for gamers in the form of a sharper and more enjoyable playing experience. 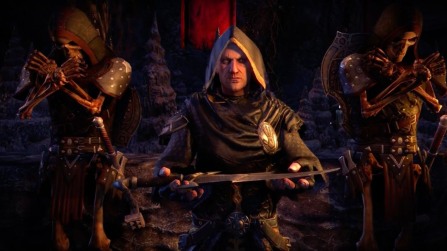 For those who don’t know exactly what that entails, that means no level restrictions! You can roam freely throughout the expansive universe. This is a fairly unprecedented move for an MMO. No one knows how this will affect the overall gameplay and fans are interested to see what is to come.

Well, no one knows exactly if this is a remake of the first game entitled Prey, but it sure looks to be in the same vein as such. It is stated to be a re-imagining of its predecessor so one can only assume it’s at least a soft remake. Whatever the case, the trailer didn’t reveal a whole lot so lets hope that there’s more to it than what was shown.

If the trailer didn’t say enough then that’s not a bad thing entirely. But I would say we got everything we needed. This is E3 after all. The biggest this is that we got a clear change of scenery and some pretty gruesome scenes following the previous game nicely. Karnaca will have a hell of a lot to offer when fans get a chance to traverse the new location when Dishonored 2.