Two years have passed since the release of the very first UFC game for the next gen consoles and we’re about to get hit with a sequel. 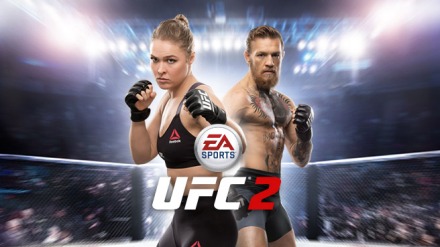 EA Sports UFC 2 promises both the players and fans the highest quality mixed martial arts game with enhanced visuals, graphics, and realism. Also, twice the amount of features that were not available from the first game, such as an in-depth career mode, practice mode, KO mode, Ultimate Team, Event Creator, and much more.