To commemorate the 30th anniversary of Mega Man, Capcom and Dentsu Entertainment have paired together to return everyone’s favorite blue android to the small screen.

Fans of Ben 10, Generator Rex will be delighted to hear that the creative team, Man of Action will be spearheading the project. The team of Man of Action includes great minds like Joe Casey, Joe Kelly, Duncan Rouleau, and Steven T. Seagle. 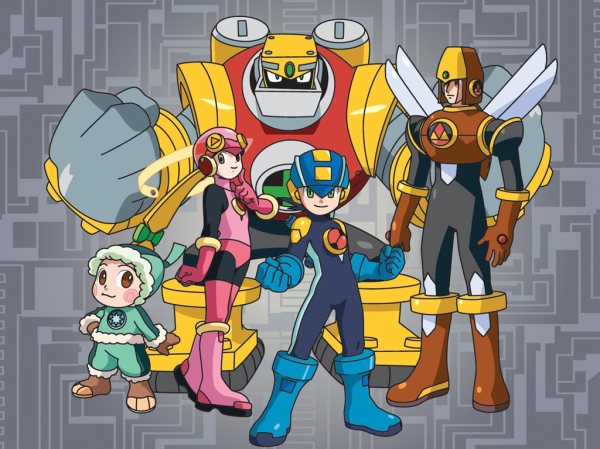 Mega Man debuted in 1987 and has become one of the most popular and beloved characters because of his large and diverse catalog of games (including Mega Man X, Mega Man Battle Network). He’s also bled over into the realm of television quite a few times with Mega Man (one of my personal childhood favorites) in the early 90’s and Mega Man NT Warrior  (pictured above) with its accompanying sequels in the early 2000’s.

Outside of re-releases, and appearances in games like Super Smash Bros. and Street Fighter X Tekken, it is unknown if there are any future plans for another Mega Man game of any kind. Of course 2017 is still a bit away, but with all the talk about a television show for the guy, you don’t think they’d actually leave out an opportunity to bring him back where he started would you? (I hope not).