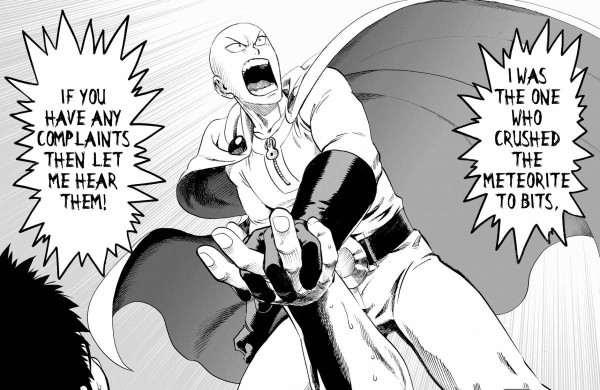 Okay, so we let you know a while back that the acclaimed manga entitled One Punch Man would be receiving an anime adaptation. Now according to Anime News Network, it seems as though the anime will shoot for a release in October. Not much more has been said about the project; including which studio will be producing the series (which actually is really important for this show). It’s okay though as more information will be available in the coming days when the  Anime Japan convention gets underway starting on the 21st of this month. Trust me, we’ll give you whatever news comes out of the convention.

So now that we know the anime will drop in October, expect a preview for it to get everyone prepared for what you will see (which will blow the doors off of any anime you’ve seen in recent memory… I hope).