Producer Will Forte (Nebraska, Saturday Night Live) and directors/producers Chris Miller and Phil Lord (The Lego Movie,  21 Jump Street), brings you The Last  Man on Earth; a new comedy that will make you laugh your socks off. 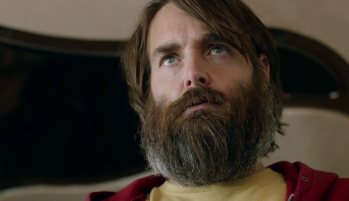 It’s the year 2020, and a deadly virus has swept the planet. Only one man is left on earth and his name is Phil Miller (Will Forte). He used to be an average guy with an average life. Now, in his RV, Phil searches the country for other survivors. He has traveled to every city, town and outpost in the US, Mexico and Canada, and has found no one. As he returns to his hometown of Tucson, Phil comes to the painful realization that he is almost certainly the last living being on the face of the earth. All he wants is for someone – anyone – to find him in Tucson – preferably a woman.

He got his wish, but not the one he really wanted. Carol (Kirsten Shaal) is the last woman on earth and she refuses to “act like an animal”.  She’s crazy uptight and Phil wishes to get rid of her. I found it quite hilarious how she gets on him about everything! The law and repopulating the earth. But before that, he must marry her… yes she’s serious. She wants him to get down on one knee and propose to her. This show has so much comedy, literally I’m laughing at this very moment while typing this.

Verdict: In my opinion, Will Forte and Kirsten Shaal is perfect for these roles and work great with each other. They just bring comedy to a whole new level. This show is both interesting to watch and entertaining.

+ Will Forte and Kirsten Shaal have great chemistry together

+ Has a high level of humor

+ Even with the humor it manages to be an intriguing watch

Sherita M. is a contributing Editor for Teh Lunchbox Publications and she loves drawing… Follow us on twitter@tehlunchboxpub.